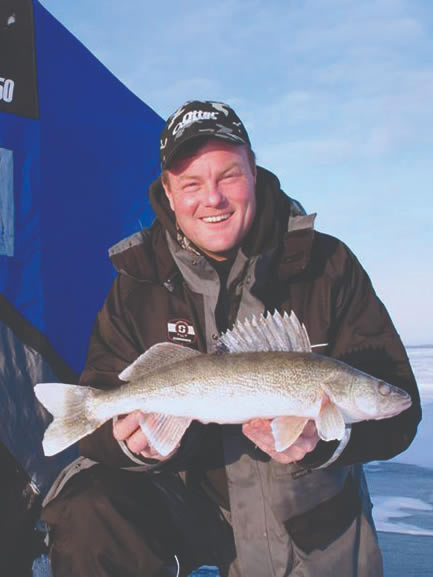 Favorite Otter Product(s):Otter XT Pro Lodge
Favorite Bodies of Water:Saginaw Bay and Lake Huron
Favorite Species:Walleye, Lake Trout, Perch
Quote:Fishing is much more than fish. It is the great occasion when we may return to the fine simplicity of our forefathers. -Herbert Hoover
Home State:Michigan

Brandon is a member of numerous other Pro Staffs for some of the best companies in the industry, including Otter Outdoors.  His input has been requested on developing several prototype lures and also fishing rods for a national company.

He is a member of the National Professional Anglers Association and fishes numerous tournaments, including MWT and MWC.  Also through the NPAA, Brandon has been a part of youth education, teaching young anglers some of the basics.  In 2010 he founded his own fishing tournament and it has since grown into a corporate sponsored success.

Brandon is also a Board Member and past VP of the Thumb Chapter Michigan Steelheaders.  He is a firm believer that educating people how to maintain and improve our lakes is just as important as teaching them to fish.  Brandon has gained a wealth of knowledge over the years from fisherman in his family as well as numerous professional anglers whom he’s had the privilege to fish and be friends with.

Brandon has been featured in many published articles in various outdoor magazines, newspapers, online and television show segments.  Brandon also gives fishing seminars several times a year, teaching some of the things he has learned over the years.