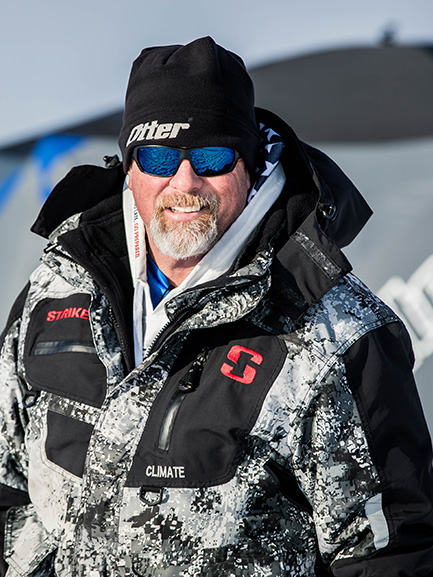 John Grosvenor has been a full-time guide on the Okoboji, IA chain of Lakes for nearly 20-years.  He is a multi-species angler who’s expertise is teaching his clients how to catch big Okoboji bluegills and crappie and Spirit Lake, IA perch through the ice.John’s Passion for fishing began when he was a young boy on the English River in Northwest Ontario.   His family spent summers there while his Father worked as a guide at Manitou Falls Camp near Ear Falls.   During the School year his father was a teacher in Paullina, IA. After John Graduated from Iowa State University, he spent 10 years as a Television news reporter and anchor at KTIV Channel-4 in Sioux City, Iowa and WOI-TV channel-5 in Des Moines.

Currently John gives fishing tips once each week on KSFY Channel-13 in Sioux Falls, SD during the ice fishing and open water seasons.     In the past he has done several short clips for the World Fishing Network.   He also spends a lot of time speaking to various organizations, clubs and groups spreading his angling knowledge

John’s television and marketing experience along with his love of fishing and teaching others has helped him build the most successful guide business on the Okoboji Chain of lakes.