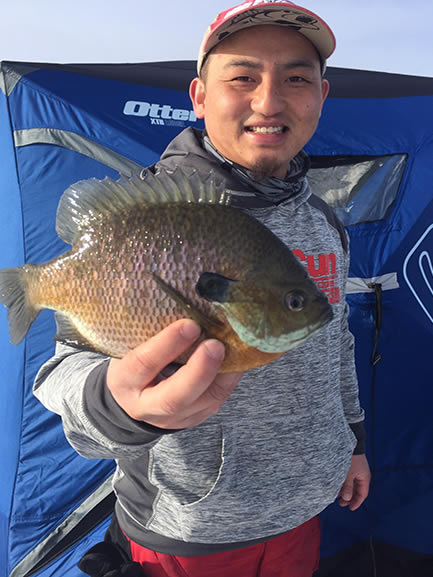 Residing in the heart of St Paul, Minnesota, one can usually find Kee Kong out on the lake, at trade shows, or working as a fishing/hunting manger for a local outdoor retail store. He uses his job as a platform to build his knowledge on new, exciting, and upcoming products and techniques before they hit the public. He has been featured in many published articles, appeared as a special guest star with “Hooked on Ice” television show, and has voiced his ice fishing expertise on numerous radio shows. Kee is crazy about subtle techniques on the ice that bring in slab crappies and trophy gills.

Spending most of his free time fishing, people often ask “How do you have so much free time?” or “Do you even work?” Kee replies “Nobody has free time to fish. You just have to make the time for it.” Sacrificing his free time for the water is what separates him from other anglers. “More time on the water equals more experience, he advises. “I don’t get lucky very often, so I have to do my homework. Don’t get me wrong, I would rather be lucky than good. I often hear of other anglers accidentally running into a big bite or having fish ‘turn on’ all of a sudden. Unfortunately, that doesn’t happen for me as often as I would like. Therefore, I have to be on fish or I am out of luck. Predicting where and when fish will bite is something only acquired by spending a lot of time on the water.”